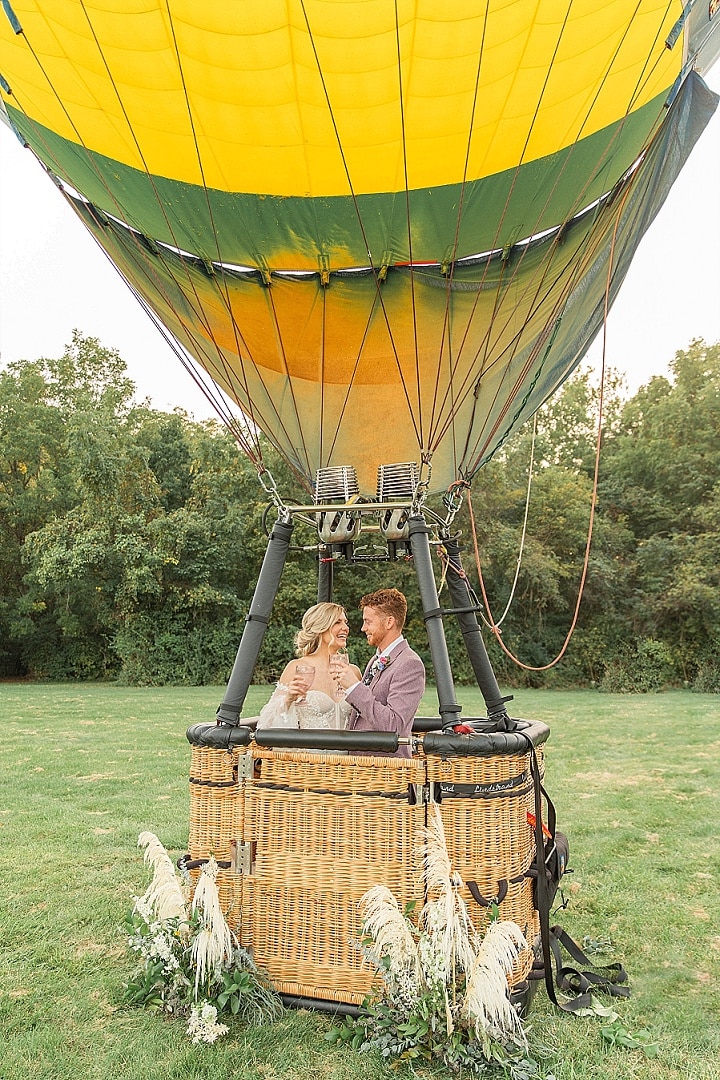 If you have ever been in a hot air balloon before you will know just...

Today I would like to introduce you to a new wedding Film Maker Peter from If it Moves.  I was introduced to Peter when I posted the wedding of Kate and Tony shot by Assassynation in early February, Peter worked with Sassy on the wedding and I featured the video that he made within the post. Since then Peter has been developing his work and here he is today to tell you a little bit more about what he does, and who he is, along with a selection of his work………AND a fab 50% offer for all weddings taking place this year.

‘Hello to everyone reading this, and, if you’re getting married, congratulations! My name’s Peter and I’m really excited to tell you all about my videography company, If It Moves.
Why If It Moves? Because if it moves – I shoot it!’

A Bit About Me
First, let me tell you about me – I promise to keep it quick as I’m sure you’ve got a million things to do to make your dream wedding a reality. I was born in 1980 and 32 years later I set up If It Moves… done!… Maybe that was too quick?

I’ve always loved filming things. A video camera has pretty much been an extension of my arm ever since I was 13. First I made silly films with friends from school. After that I studied TV and Video Production at college. From there I moved into the real world of TV production. I’m currently a freelance producer working on The Jonathan Ross Show. If there’s one question I always get asked due to working with Wossy, it’s: “Who’s the most horrible celebrity you’ve had on the show?” Although I do have an answer, it would be bad form to mention him or her on here – but maybe if you book me I’ll reveal all!

Why Have A Videographer?
Wedding videos have a bit of a bad reputation. That’s because, in the past, they were ridiculously long (almost the whole day in real time!), badly shot, and cheesier than the deli counter at Sainsburys. Admittedly, some people still make them like that – but it’s not how they should be, they should be as beautiful and meaningful as your photos. In fact, I shouldn’t even be calling them wedding videos… I make wedding films!

Wedding films will never replace photos – given the choice of one or the other, I think almost everyone would go with the photos – but I think a film should be just as important. I’ve seen my parents’ wedding photos many times, but looking through them came nowhere near the excitement I had of discovering the cine films of their day, getting them transferred onto DVD and watching the event in action. It was so much easier to read everyone’s emotions – the nervousness of my mum and dad, the happiness of my grandparents, and the drunkenness of a particular aunt. I became lost in the experience of the day and, when it was over, wanted to watch it again (and have done many times since – even their 3 year old grandson asks for them to put it on!). With photos, you see what the day was like – with a film, you feel like you were there!

Aradhna & Peter – The Short Cut from Ifitmoves.tv on Vimeo.

My Style
I’ve been called a ‘video ninja’, and I really like that, it sums up what I do perfectly. I sneak around on your special day and unobtrusively capture the events unfolding. I’m not looking to push a camera into anyone’s face to get a forced reaction; I want your film to be relaxed and natural, a real reflection of the day. Another of my ‘ninja’ skills is being everywhere at once. I’ve had a couple ask (after watching their finished DVD) if there was a second cameraman filming – nope just me and my speedy legs!

Weddings come in all shapes, sizes and styles and I’m happy to tailor my look to your particular choosing. If you want something warm and beautiful, fantastic! If you want a more vintage feel, much like the cine films of my parents’ wedding, then I can do that too. Weddings are a great opportunity to be creative, and if you dream of creating something truly unique to look back on, then I’d be excited to work with you in making that dream a reality.

I shoot in HD, edit on top of the range equipment and colour grade all of your footage to make it look outstanding.

Kate & Tony – The Short Cut from Ifitmoves.tv on Vimeo.

My Package and Pricing
“Would you like to watch my wedding video?” is a sentence that can fill people with dread – but it doesn’t have to be the case. That is why I make a 15-25 minute highlights film of the whole day – called ‘The Long Cut’. It’s quick, it looks beautiful and it reminds everyone of all the best bits. For those with even less than 15 minutes to spare, I make ‘The Short Cut’ – a 5 minute overview to give them a taste of your day (all the videos in this article are ‘Short Cuts’). Both of these films are set to music of your choice and are the ideal way to show off your day. Just in case anyone wants more, however, or you and your partner wish to relive the day, I also include the unedited vows and speeches in full. These 4 films are presented on DVD, with enchanting motion menus tailored to your day. That’s not all though! You also get a data disc containing a digital copy of the Long and Short cuts (perfect for your smart phone or to put online) and I select around 50 stills from the videos and include them as Jpegs.

That package isn’t set in stone though, and if you want more (or less), then feel free to get in touch to discuss.

Although I’ve shot many wedding films for friends and family over the years, my official company is brand new to 2012. I’m really excited to finally be up and running and to celebrate, for a short period of time, I’m offering my services for half price if your wedding falls in 2012. That means you can book me for 50% off my regular fee of £950 – that’s only £475!

If you would like to know more, check out my website which has more details on my package and further examples of my work. Alternatively, send me an email or give me a call. I’m based in Essex, but can travel anywhere.