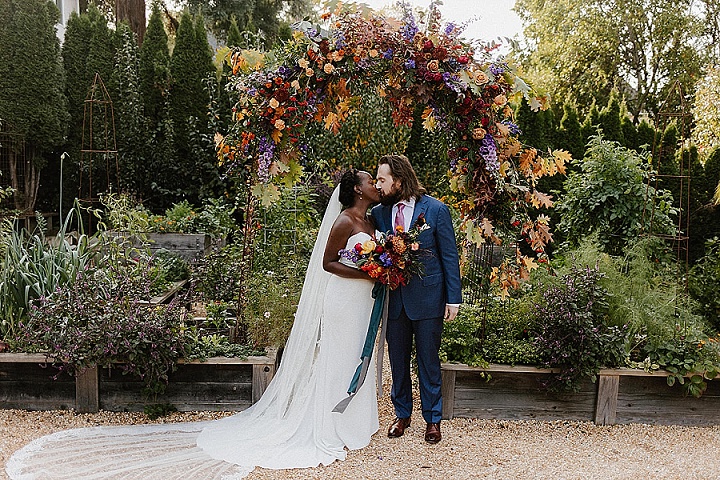 Today I have the most gorgeous, warm and tender backyard wedding that took place at...

(In case you have missed it the whole story Lisa and Alex have spent the last two years travelling round the world getting married in every country they visit, you can read more about their adventures HERE.) 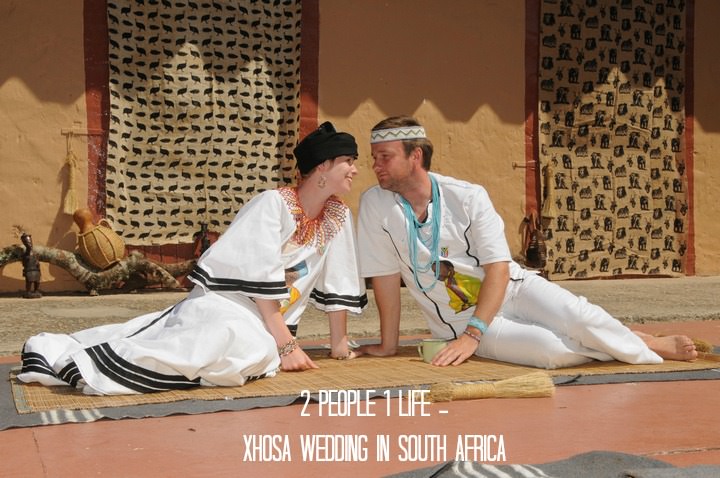 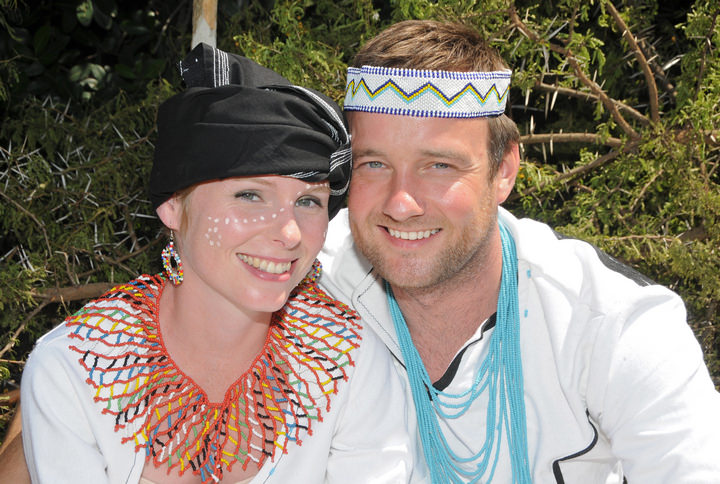 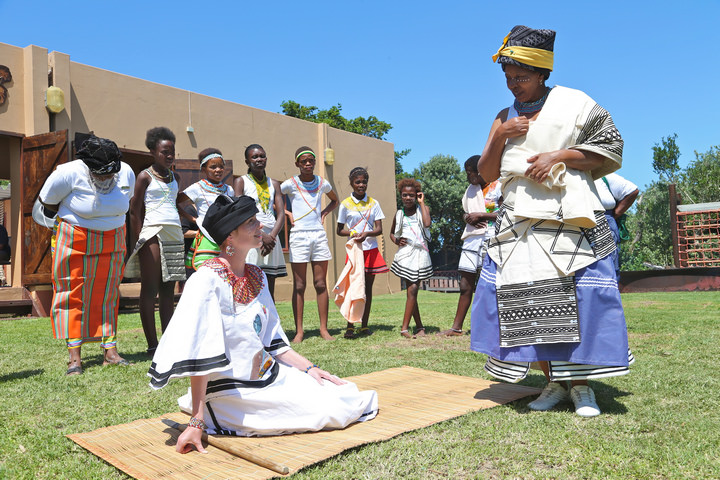 The very next morning after an early night and some well needed rest we set off on our next adventure! The adventure we had been waiting for. We were so excited to be holding a traditional Xhosa wedding for our 37th ceremony.
We had learned from Gladys in Khayelitsha that the majority of the community there are people of the Xhosa Tribe. After our ceremony with Gladys in the townships we were intrigued to learn more about the tribe and their traditions. We had been introduced to the happy smiley singing people of the tribe and we were hooked, we had to learn more.

More than 5.2 Million Xhosa speakers (83% of the population) live and work in Eastern Cape which is the second biggest province in South Africa. The people of the Xhosa tribe have a very rich cultural heritage and have played an important part in the development of South Africa, especially when the most famous member of the Xhosa, Nelson Mandela, became SA’s first president elected in a democratic election in 1994.
They are known for the magnificence of their bead-work and their unique language, sometimes known as a click language because of the use of the click sound as so many consonants. The ‘X’ in the word Xhosa represents a click like the sound used in English to spur on a horse followed by a release of breath represented by the ‘H’. You push your tongue into the roof of your mouth and click and then extend the H sound and let it roll into the word which sounds a little like ‘Click-hhhhhhossa’ 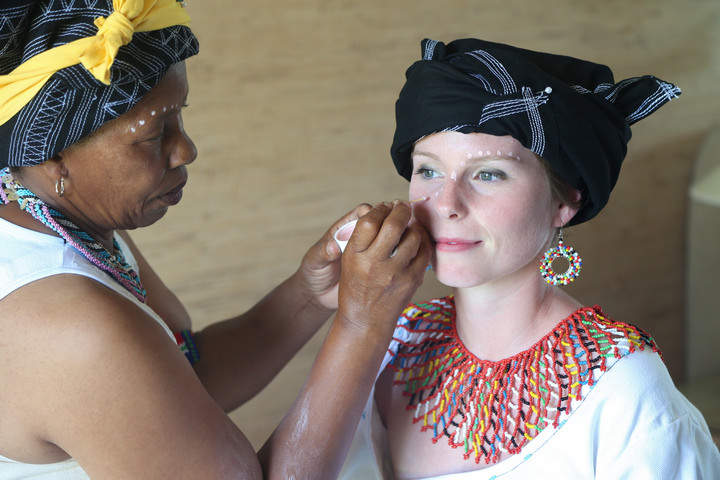 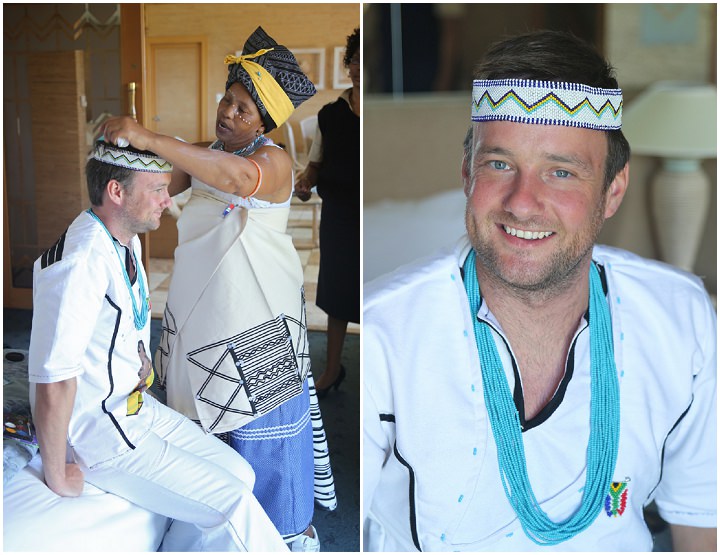 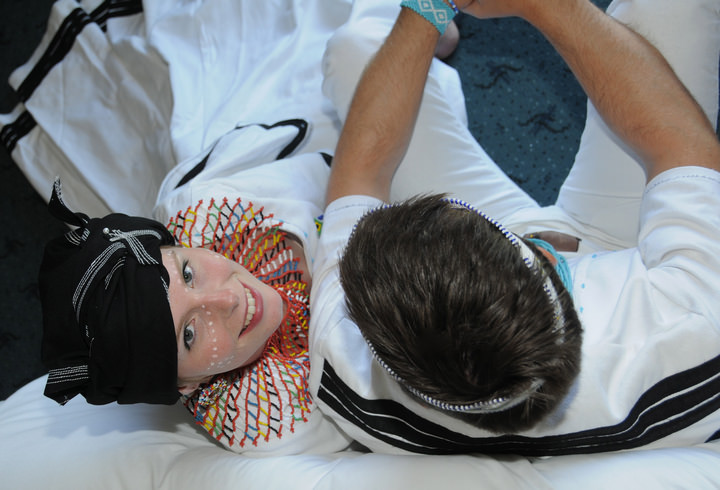 The wedding was to be held at a local hotel and as we arrived at Fish River Sun we were excited and nervous about the day ahead, even for the 37th time the wedding day nerves are still going strong!

HOWEVER, as soon as we were taken to our room with Andrew and handed our outfits we could begin to envisage the ceremony, even if it was in a modern surrounding. Vivienne, who works at the hotel and is from the Xhosa tribe came to dress us and to paint my face. As she painted we could hear joyful singing outside. We looked out to see all of the staff streaming out of the hotel singing, dancing and clapping for the arrival of the pastor and we began to get more and more excited. 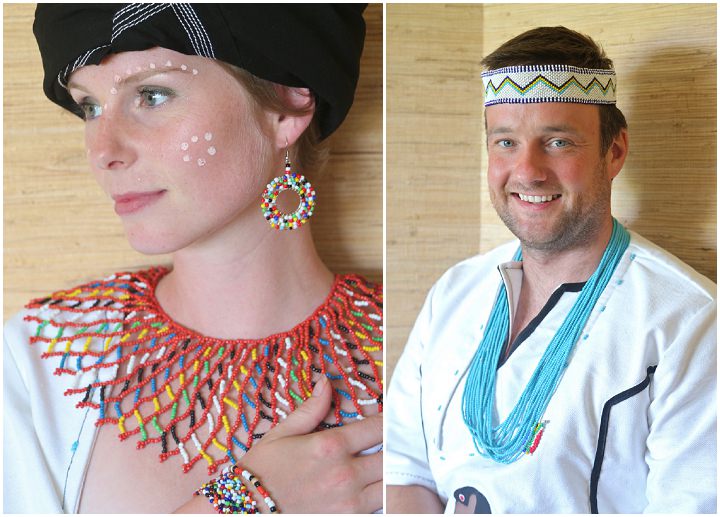 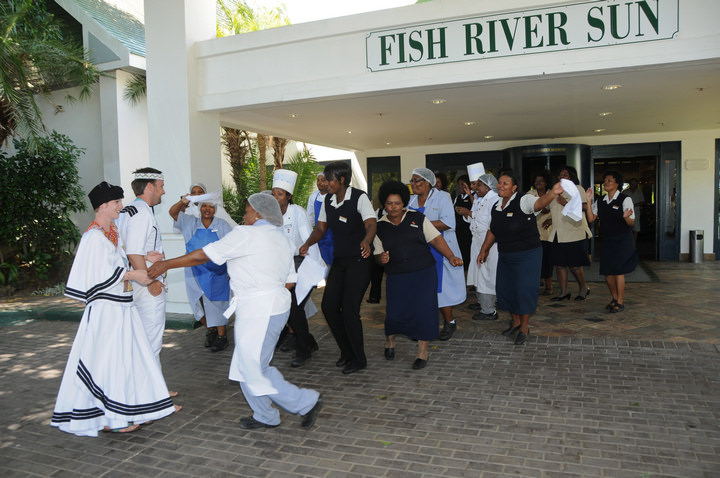 We drove through the trees and came finally to a small clearing and were greeted by more singing and dancing and people wearing traditional dress. Alex was led away by the men and I was left to wonder what was over the bridge and behind the bushes.
When she received her signal Vivienne led me through to the craal and I couldn’t believe my eyes. We had been transported to another world and all of my hopes for this traditional, cultural Xhosa wedding were fulfilled. The clearing was beautiful colours, Alex was sat in the craal in all its thorny glory and the singing, dancing and ululating continued all around us. 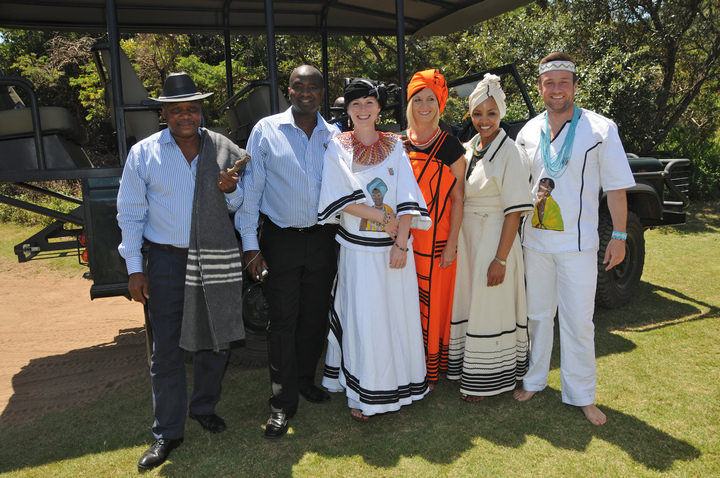 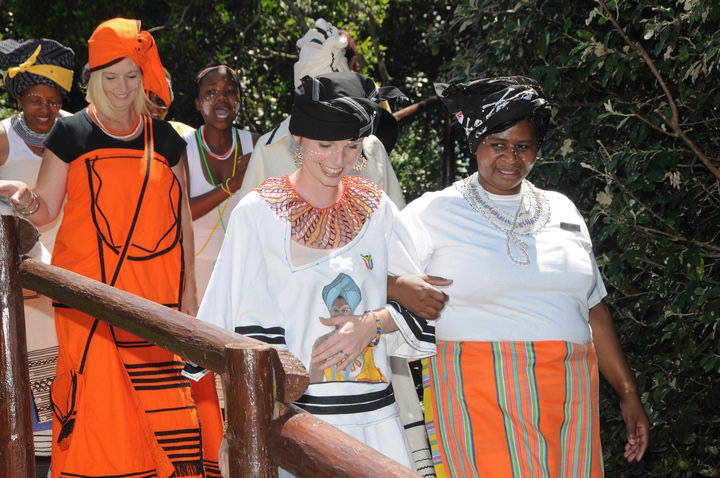 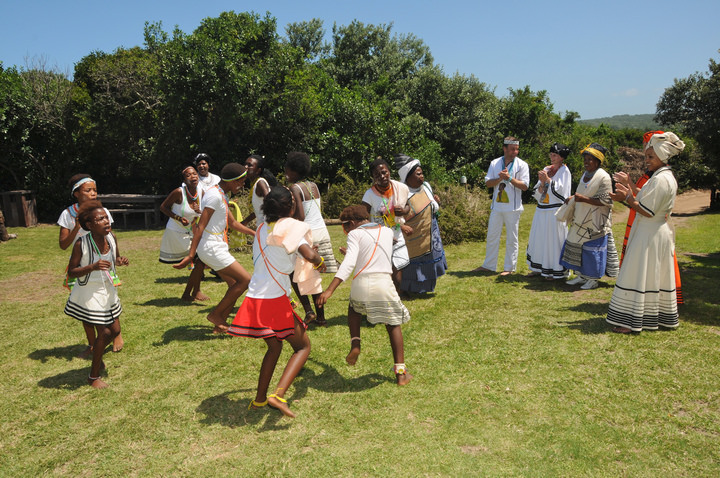 The Craal is the area where the men sit,  amongst their wealth to protect it. Their wealth is not money or modern possessions, it is their animals. The Craal is where the animals stay and the man must stay to protect the animals. This is where the wedding ceremony is held.
Xhosa speaking people have mostly adopted the western culture, or blended the more modern culture with their traditions, like in Khayelitsha. However many Xhosa living in rural areas of the eastern cape are still bound by traditions and lifestyle of their ancestors and many customs and rituals have remained intact, making it possible for us to recreate a very traditional wedding. 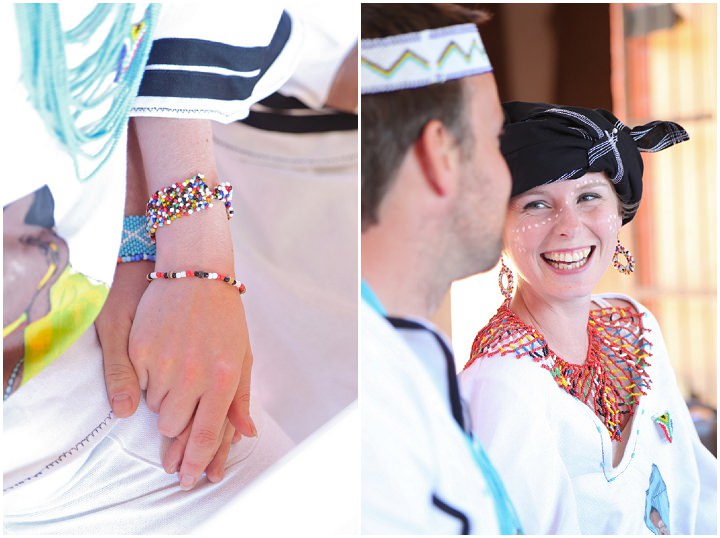 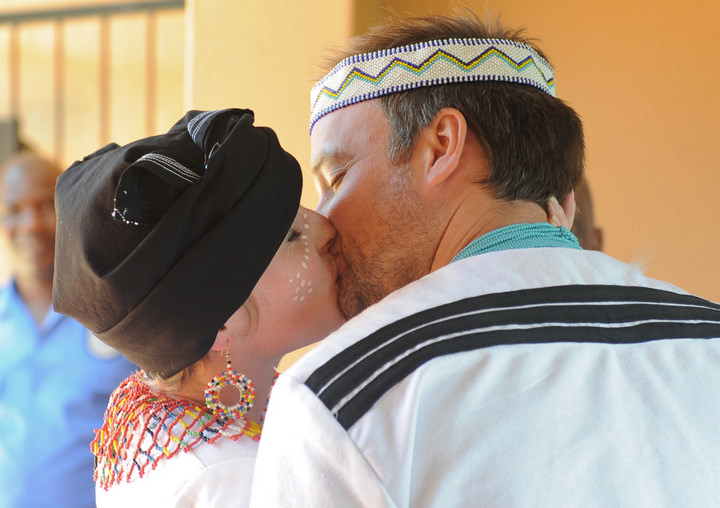 From there on the ceremony was just perfect, the whole wedding was a celebration, which is how we feel a wedding should be. It should be full of colour and singing and rejoicing, eating and drinking and this certainly was!
The food and drink was perfect and traditional to the tribe and their celebrations, we enjoyed trying everything (though I didn’t brave the tripe, Alex did), especially the traditionally home brewed beer and ginger ale. We enjoyed sitting with everyone who had helped us celebrate our day and eating with them, breaking bread and sharing stories.
Alex sat in the chairs with the men and I sat on the floor with Vivienne and the other women. I loved that the whole day was an eye opener for many people involved, even those who have lived and worked with people of the Xhosa tribe all of their lives.
There were a few rituals that were particularly intriguing such as the two of us staying apart throughout the day and the symbolism of me putting the knife into the ground when I accepted Alex’s proposal. 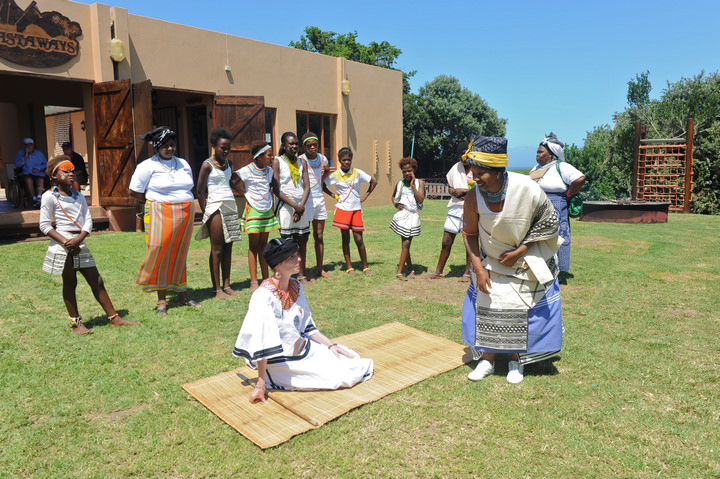 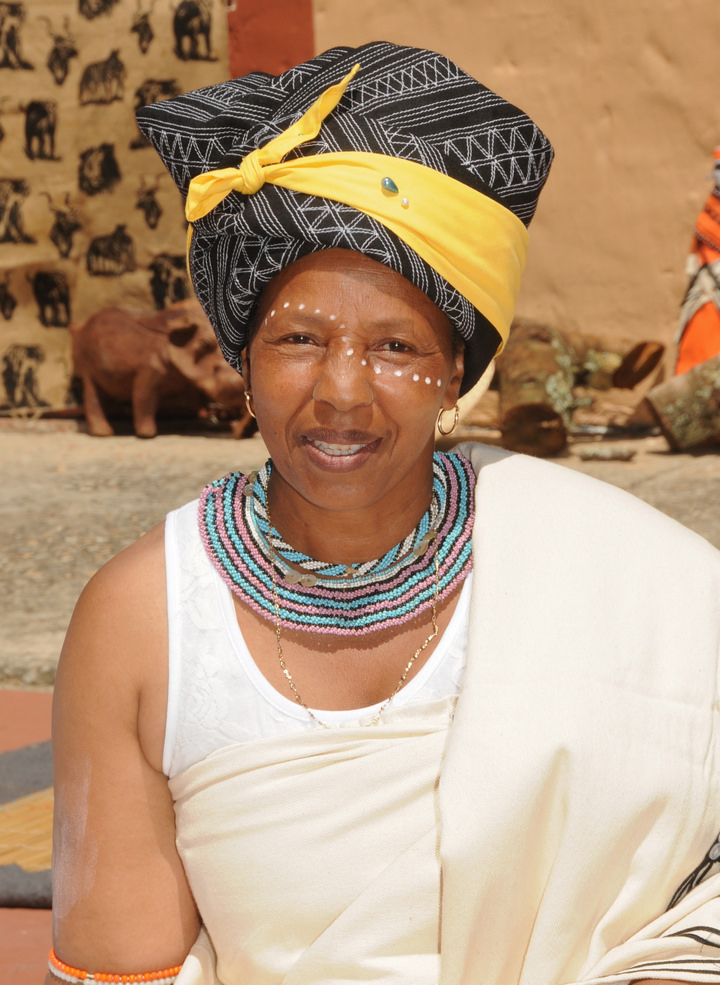 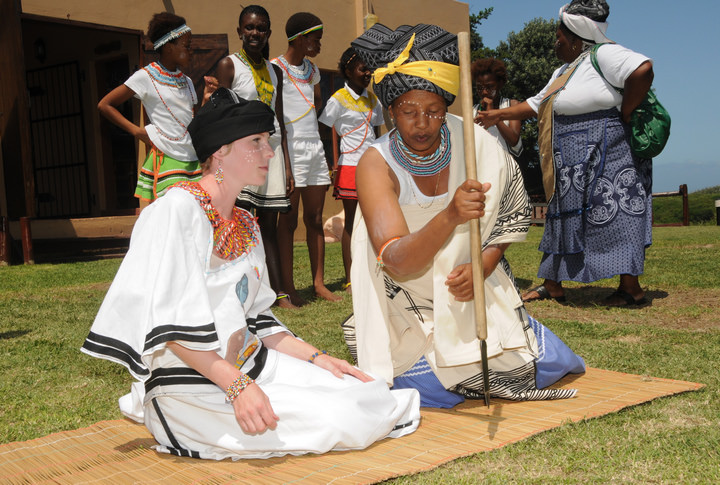 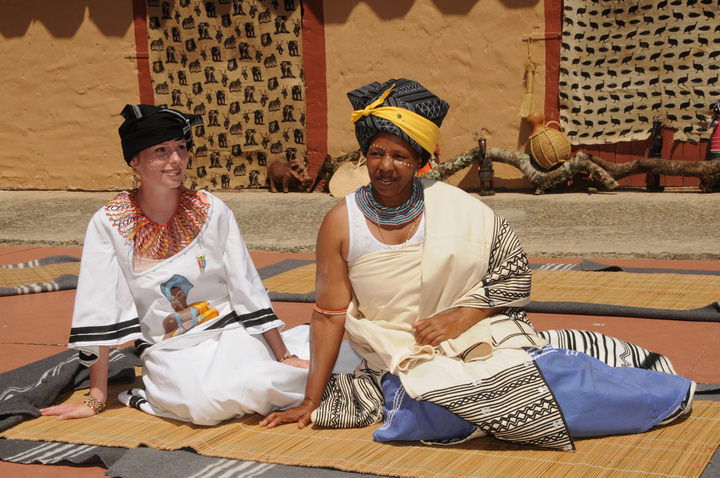 Vivienne explained that staying apart on the day of the ceremony was important as once it was over you were expected to go immediately and make babies. They keep the bride and groom apart to build the excitement of finally being together as husband and wife. The knife in the ground was representative of the exchanging of rings. I had to push the knife into the ground to show I accepted the proposaland as a sign of respect to my husbands family.
It was also interesting to hear the preacher talk of very similar things as the pastor in Khayelitsha too. It seems that fidelity, staying faithful to your partner, is either an issue that is addressed in church or that it is something they feel strongly about. Both pastors explained that a relationship with three people just cannot work. We find this interesting as a lot of the tribesmen in the past were known to take more than one wife and in some tribes this still happens. The current president in South Africa has several wives. 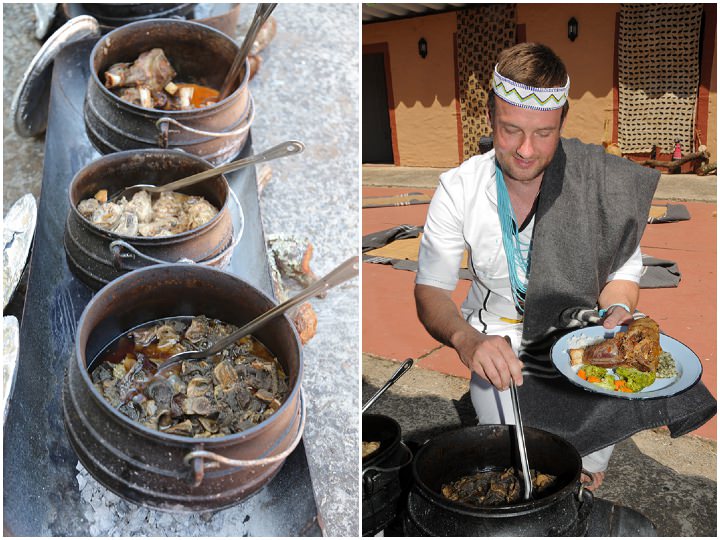 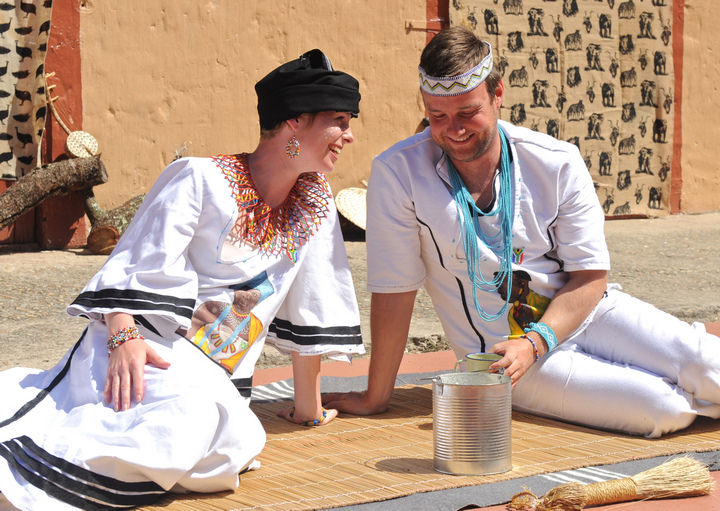 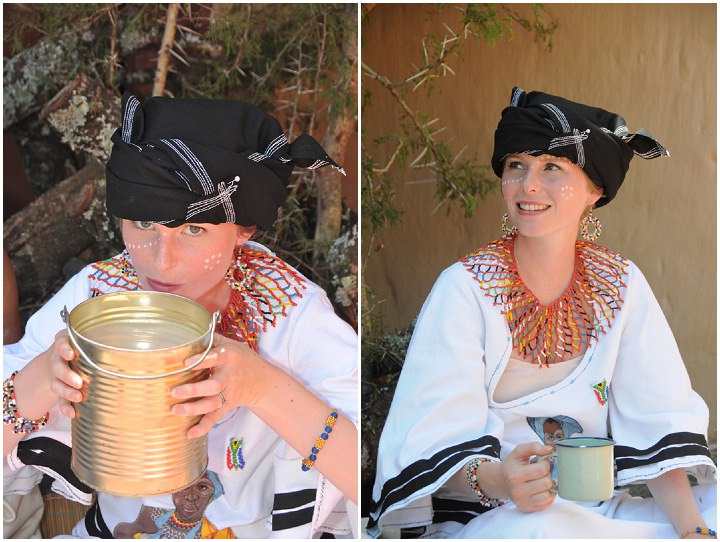 Our experience was exactly what we are hoping for on our adventure, to celebrate the tradition of marriage with different cultures all over the world and we cannot thank Andrew and the team at Fish River Sun for helping us with this amazing ceremony and for making us feel so welcome. When we had arrived at the hotel that morning we had no idea what was in store for us, Fish River Sun had nailed it and we didn’t see it coming!
After the excitement had died down and we had all eaten our fill we were driven back to the hotel still grinning inanely from ear to ear. As we got nearer we could hear the singing coming through the trees. All of the staff were still there waiting to welcome us back with more joyous singing and laughter. They danced us all the way to our room and we literally collapsed on the bed smiling our heads off. We waited until the voices drifted away again and snuck back down stairs to meet Andrew and Judy and to talk to a press guy who strangely enough was from Liverpool! 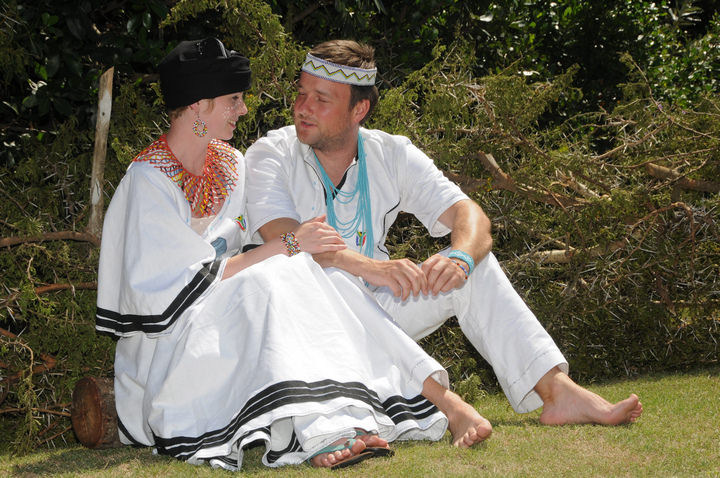 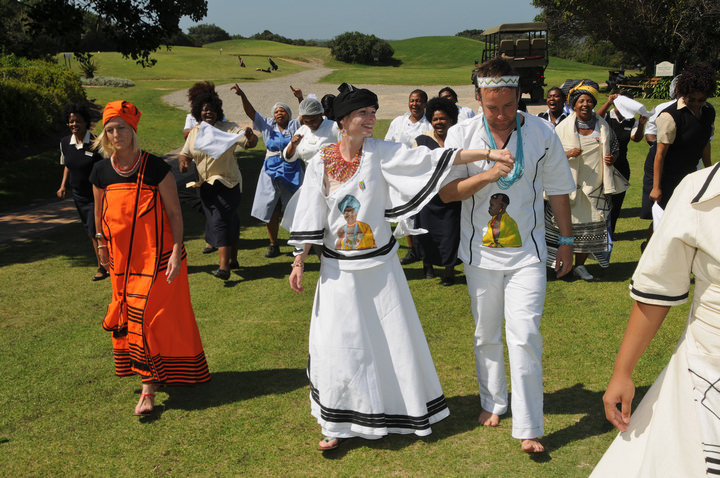 Andrew and Judy had bought us gifts. They had done so much for us already and now they were giving us gifts! I was overwhelmed at their kindness.
They hugged us and thanked us…yes, they thanked us for being a part of our day as we insisted that we were thanking them NOT visa versa!
AS you can imagine once we had been massaged and eaten yet another great meal we were no use to anyone! We collapsed in bed and fell to sleep before our heads even touched the pillow!
How anyone is expected to consummate their marriage on their wedding day is beyond me…after the biggest day of your life, after months of built up pressure, sheer panic and anticipation of the day going smoothly, the worry of everyone saying yes and avoiding family drama’s, the ACTUAL standing up there in front of EVERYONE you care about and opening your heart to the most important person in your life…and you are expected to even stay awake longer than it takes to get your shoes off!!! Not a chance!
We would definitely however fib if asked by any of the Xhosa tribe or there would be serious trouble! 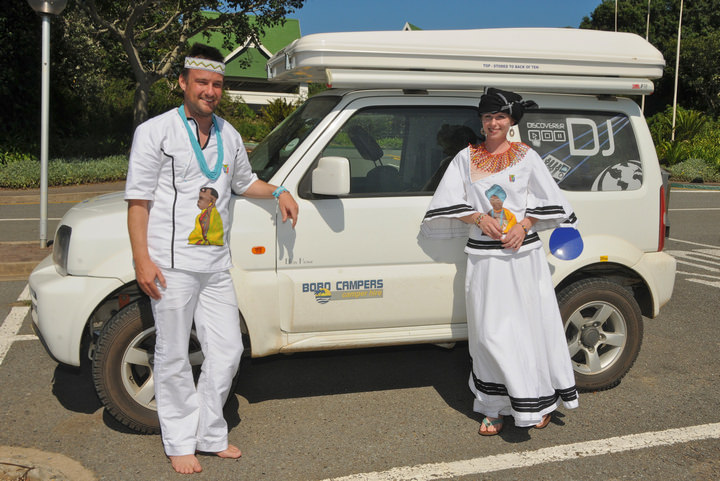 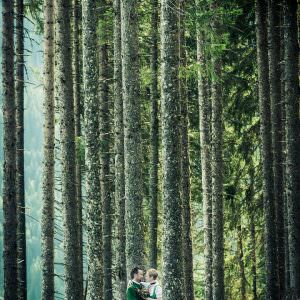 2 people 1 Life: The Hills Are Alive in Austria 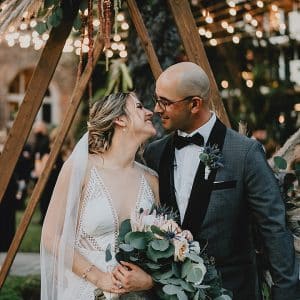 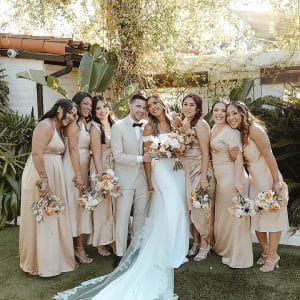 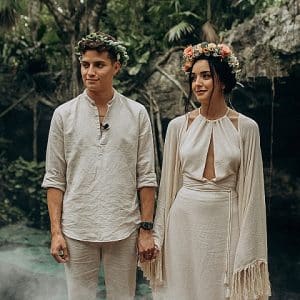 You both looked gorgeous on your wedding.