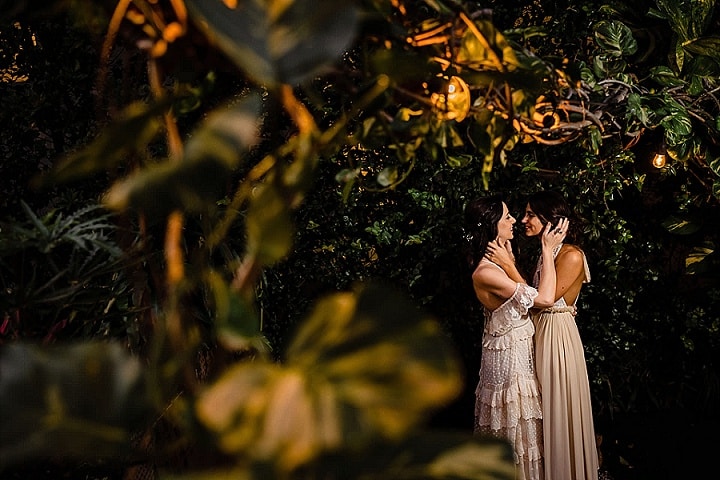 Happy Monday everyone, I hope you had a fantastic weekend. It’s week 2 of the...

Good afternoon! Today we had a fairy tale story inspired shoot to share with you. Whilst we often feature shoots based around a colour or theme, it is rare that one attempts to tell a story. This magical shoot is brought to you today by Amore Star Events; who brought together a brilliant creative team to create a colourful and whimsical story of a young girl dreaming of her wedding. I’m sure there are a few of you out there who can relate to that! The floral designs really bring this shoot to life, with plenty of foliage and ethereal blooms decorating the spaces, and a fantastic floral crown for the bride. Many thanks to Elton Mogg for the images today, I hope you enjoy them.

A Summer Secret Garden – the story of a young girl discovering her wedding dreams within fairy woodland and a hidden Wendy house, bursting with magical, natural and dreamlike elements. 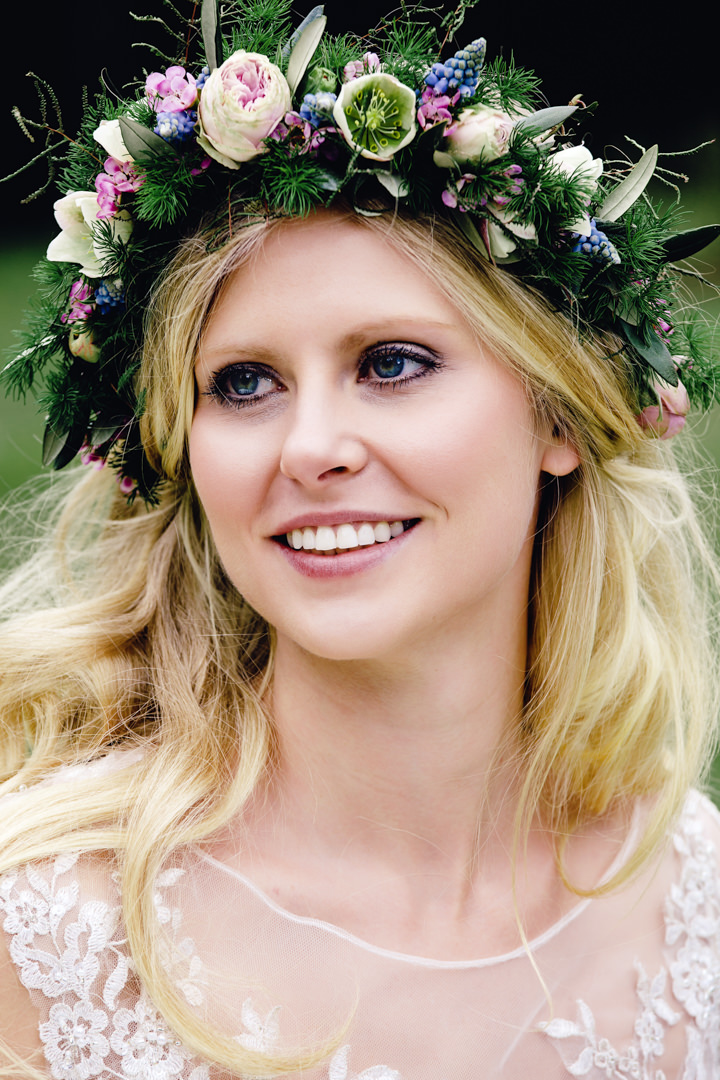 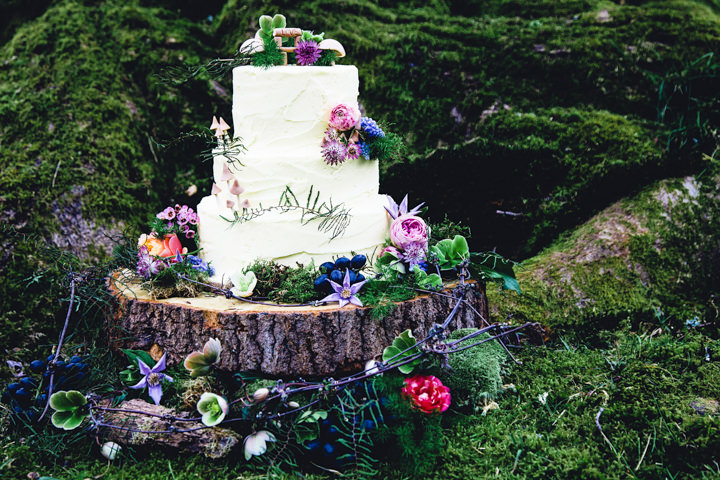 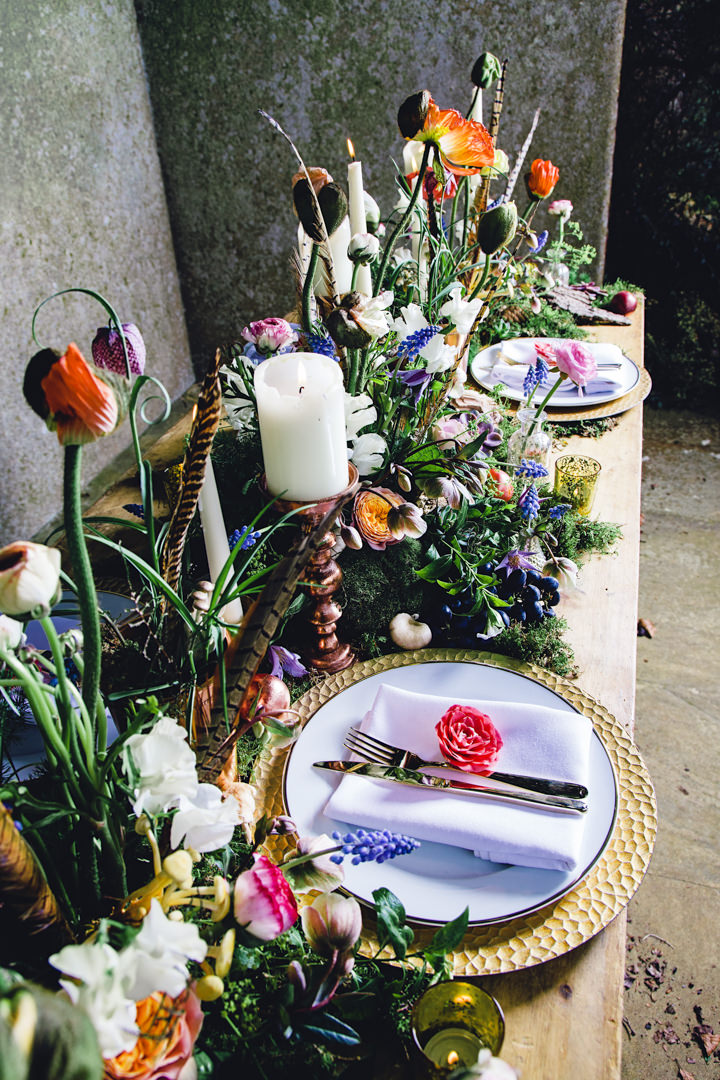 The story behind the shoot from Elton, the Photographer:

This inspirational editorial is set in the grounds of Barnett Hill in Guildford. “Love. Your dreams” is the story of a young girl who discovers a magic key in a small wendy house that has been reclaimed by nature. The key has a small label attached to it which reads: “Love. Your dreams”. As she picks it up, it transforms her into a flower girl complete with real woodland fairy wings. She explores the beautiful gardens until she discovers a magic door in a hedge. The young girl cannot help but open the door. Upon entering, she transforms into her older self. An adult who then gets to experience her dream wedding. With all the elements themed around a secret garden the bride finds her gowns which are floating among the trees in the woodland. She then comes across a flower crown nestled within the bushes, discovers jewellery, a table layout, stationary, shoes, button-holes and a bouquet before seeing a tantalising glimpse of her future husband. The tale completes with our original child asleep back in the wendy house where we first found her. Was it all just a dream? Upon waking…she discovers a bell jar by her bed.  After closer inspection, she sees a magical miniature bride, the bride she was, sitting inside a magical tiny fairy garden…. 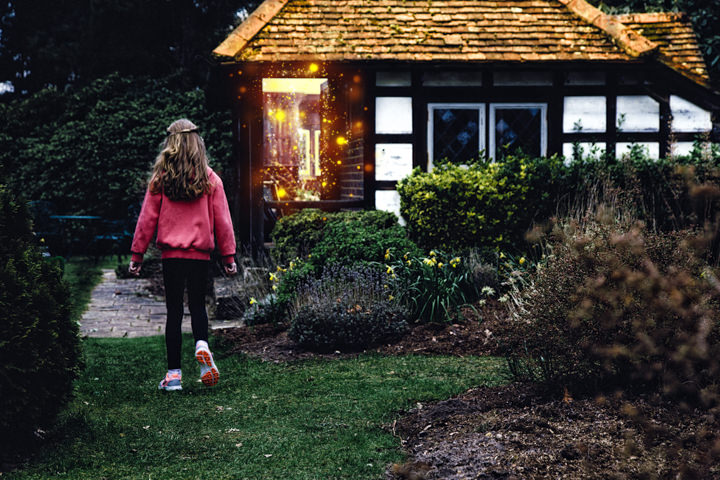 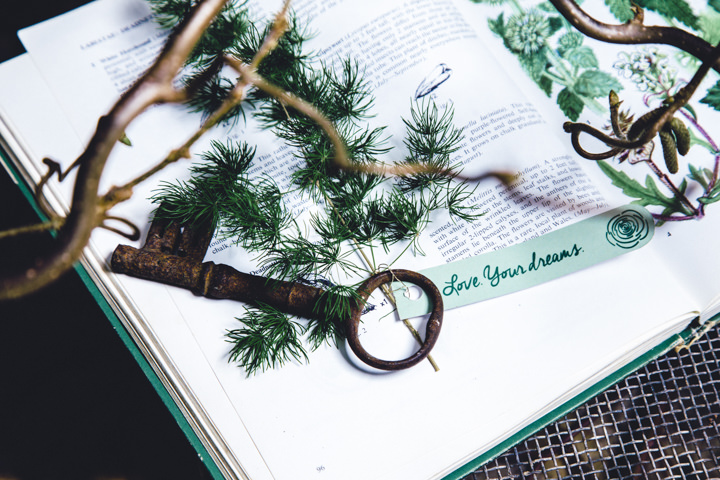 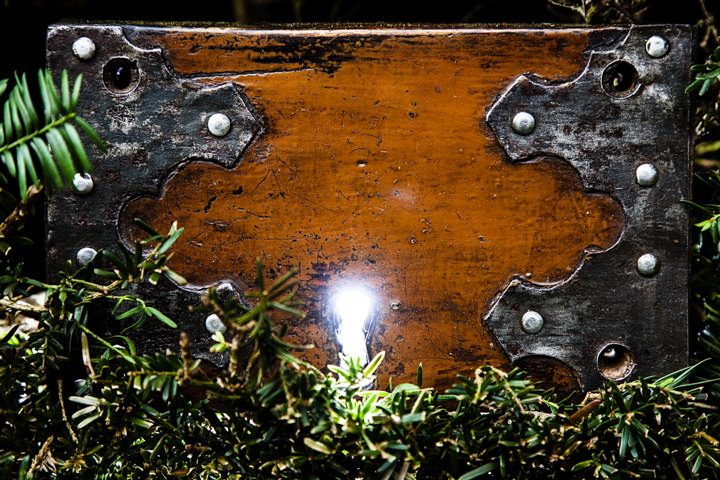 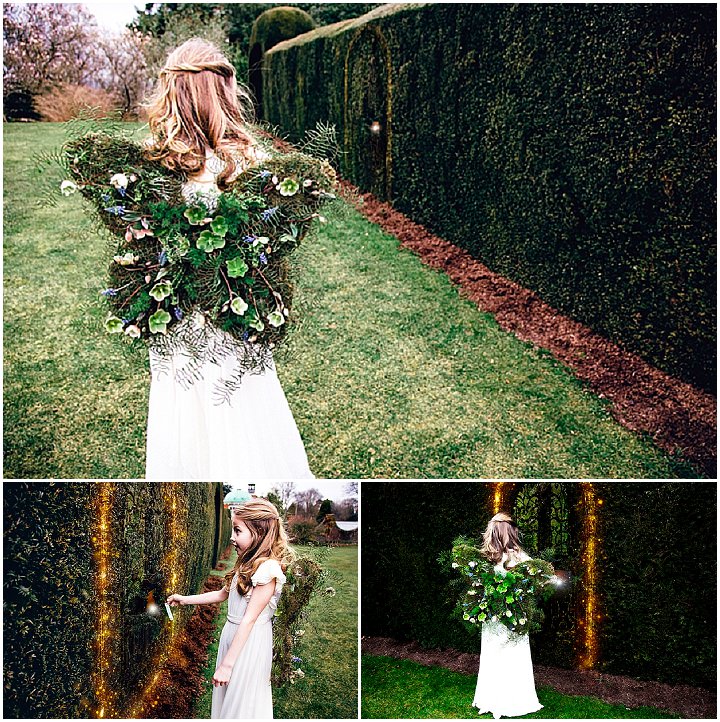 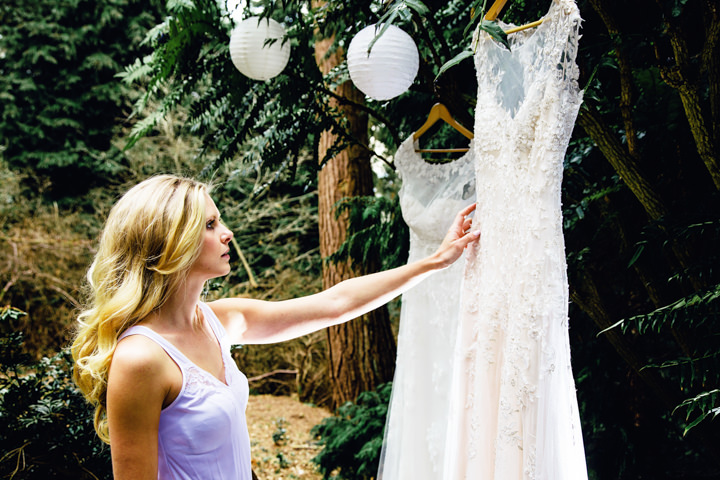 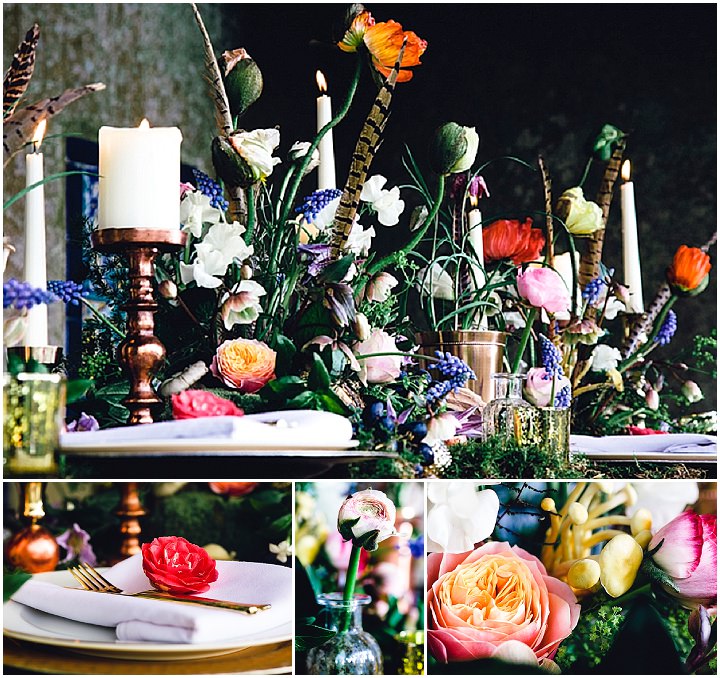 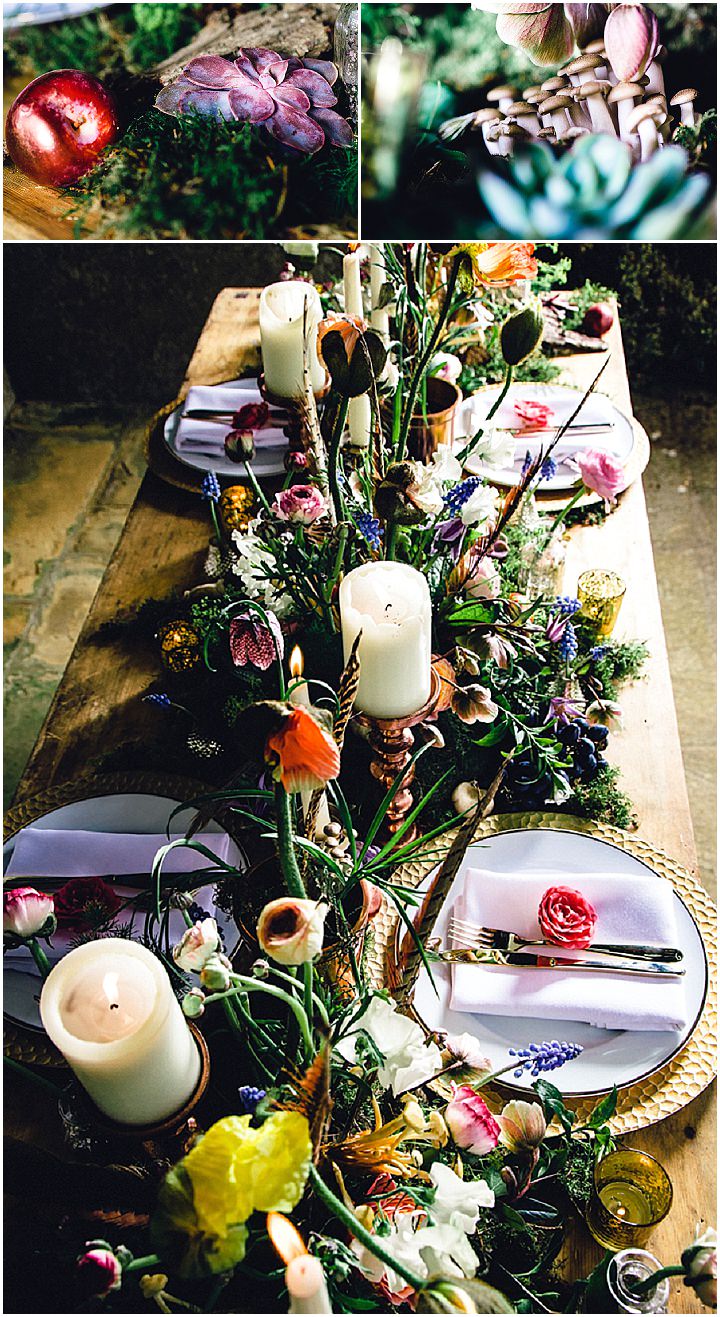 More about the shoot from Coordinator Gilly:

The Queen Anne style country house is nestled among 26 acres of land, so we were spoiled for choice for shooting locations! There are elements from The Secret Garden by Frances Hodgson Burnett, Shakepeare’s Midsummer Night’s Dream, interspersed with a few fairytales!
We allowed the flowers and foliage to appear as if they were growing out from the table to create a woodland feel and suspended a floral display above it to bring a bit of height and dimension to the bridal banquet. We contrasted this with elegant brass candlesticks, gold cutlery, charger plates and gold-rimmed crockery to inject a touch of luxury into the concept. Flowers with natural movement such as Iceland Poppies, Hellebores, Ranunculus, and incorporated pheasant feathers, moss and foraged finds for a woodland earthy feel. The adult bride wore a floral crown and anklet and carried an oversized, unstructured bouquet in keeping with the natural feel.
The cakes incorporated our concept into both designs as well. The first was a simple three-tiered butter cream cake adorned with mushrooms, and real flowers. The second was a three-tiered white and leafy green design which had sugar flowers, and vine climbing up the layers, reinforcing the ‘reclaimed by nature’ aspect of the concept. A simple wedding invitation suite in dark and pale greens and white worked perfectly in our natural setting.
A very quirky, and unique shoot but following a storyline rather than concentrating on individual aspects. Each of the suppliers brought their own little bit of secret garden magic, and we tied all of the elements together neatly ensuring the story flowed throughout the images. 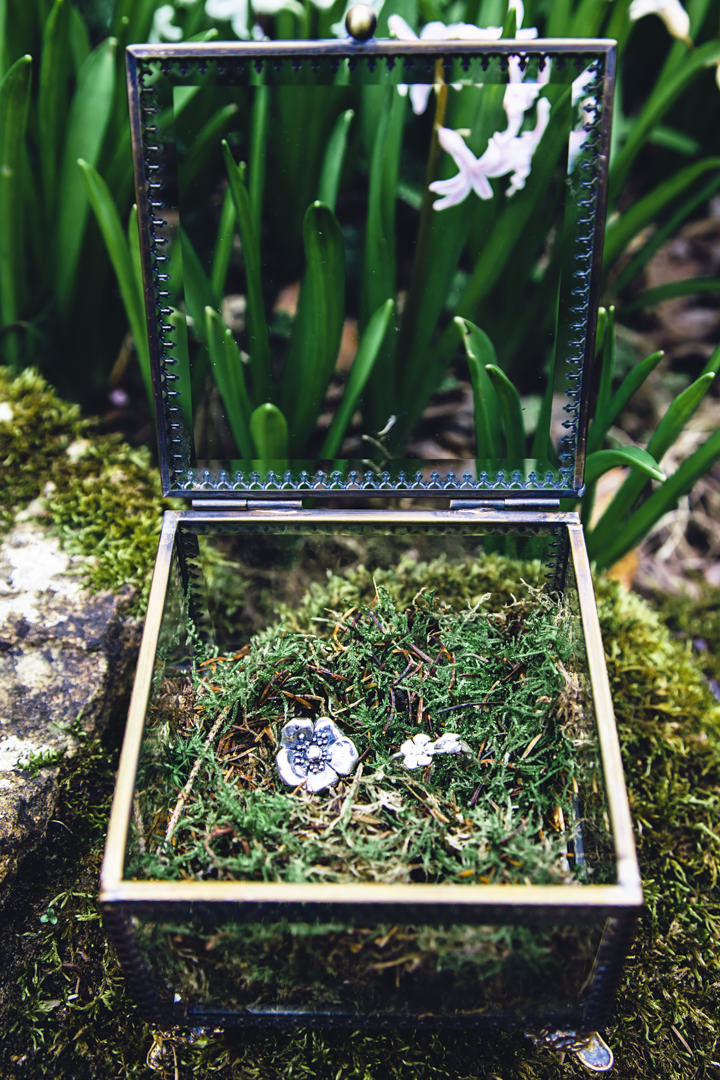 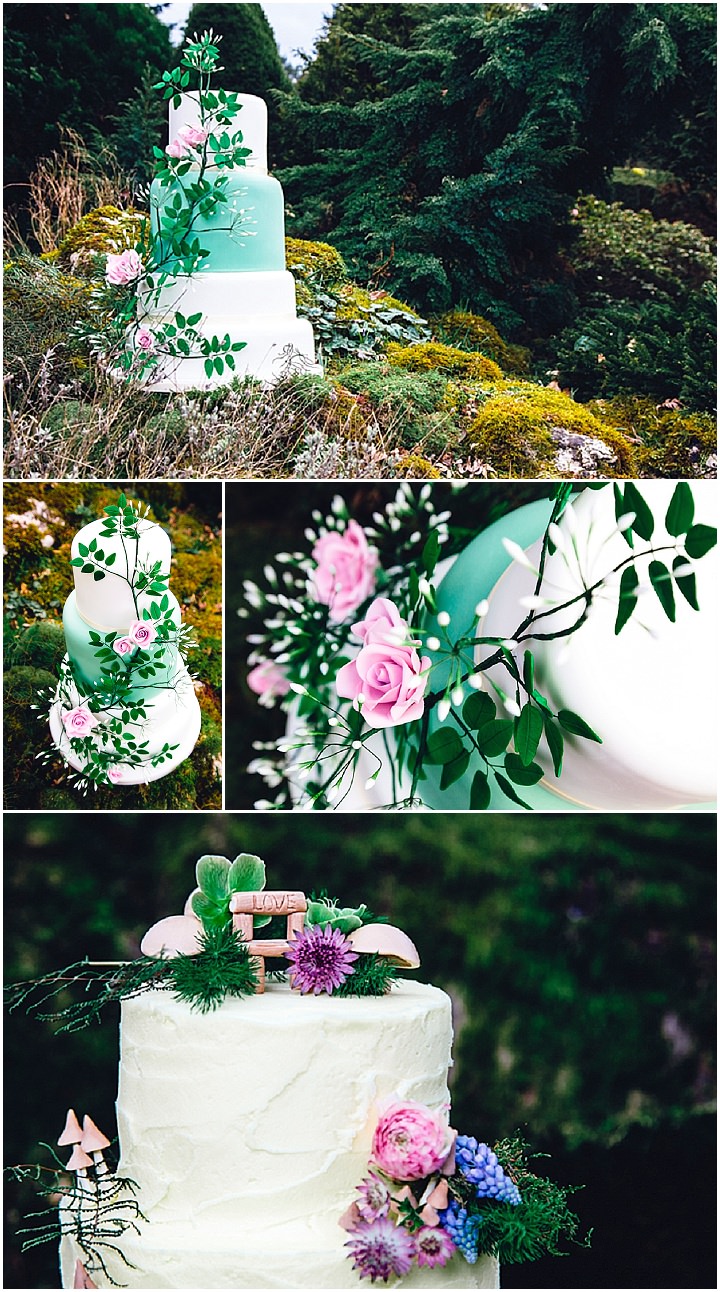 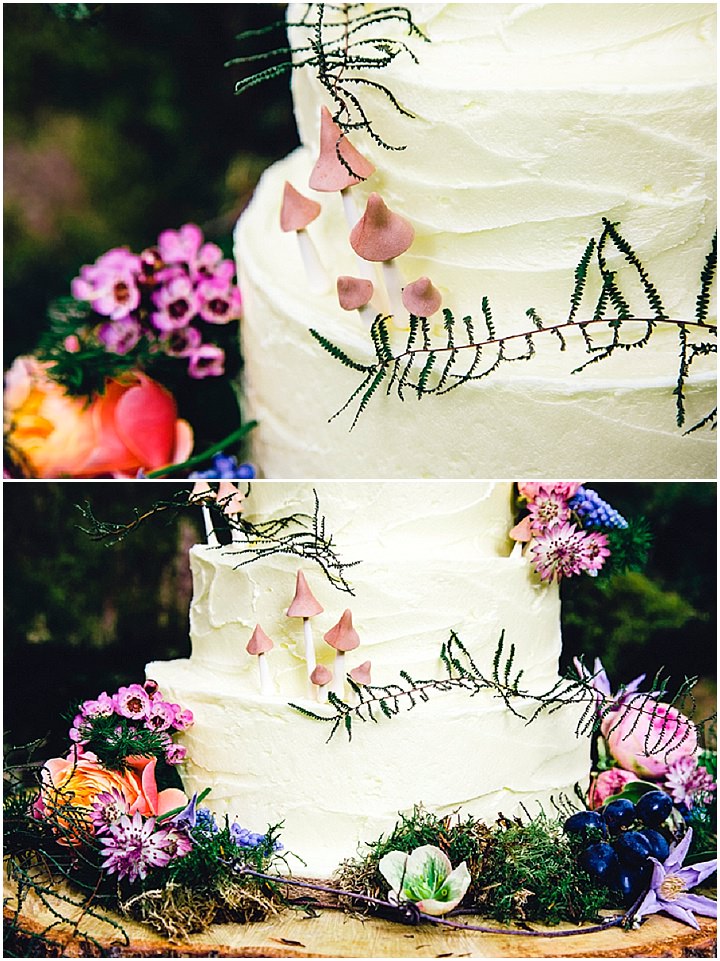 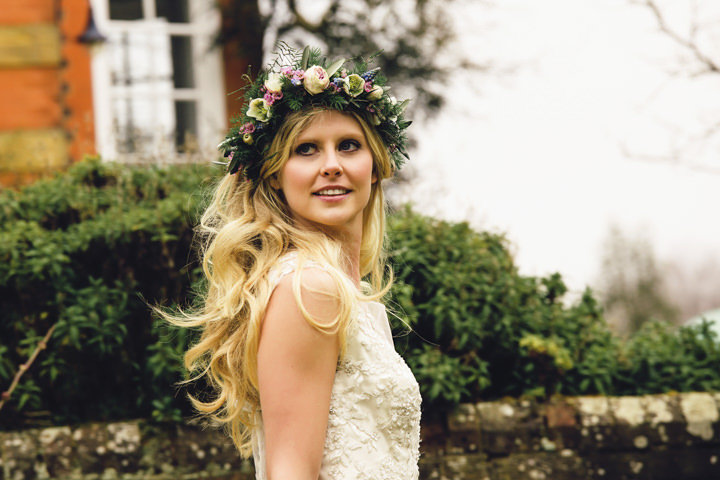 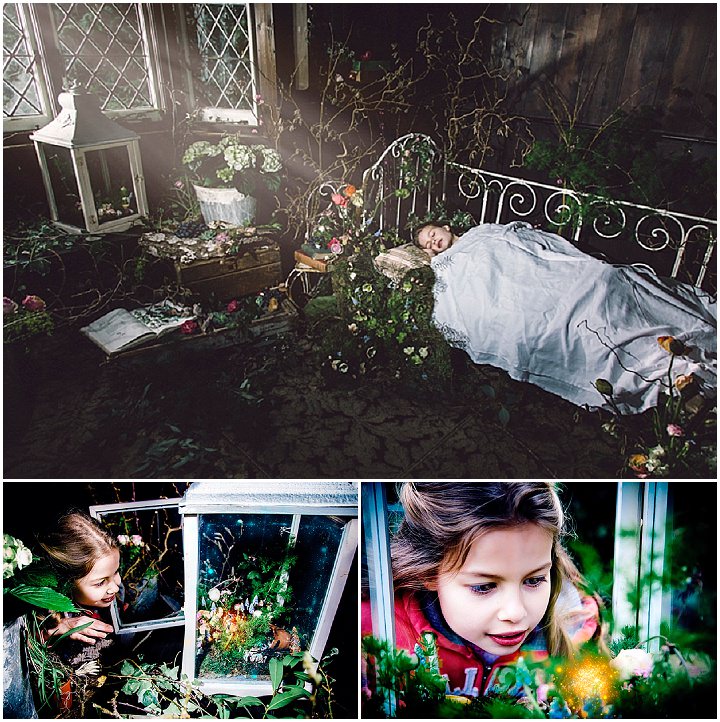 The team who made the shoot happen

Really stunning. How delicate those decorations are. What a great summer wedding this would be.