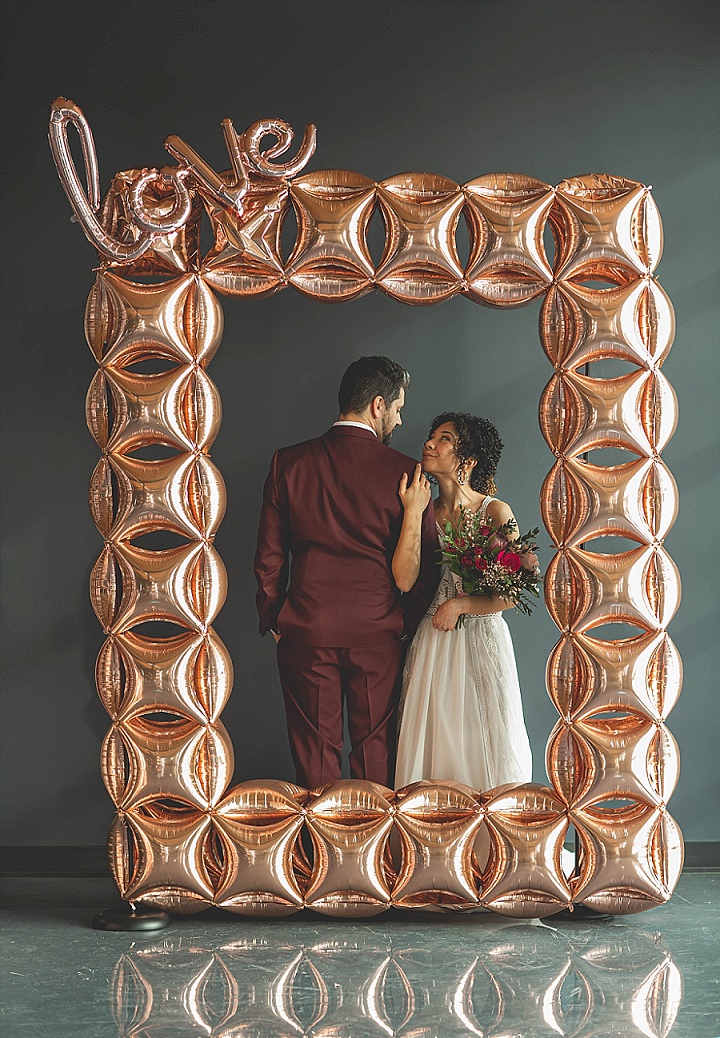 Today’s shoot is full of love, romance, Balloons & Sequins and fun! I was going...

A massive thank you to this weeks Guest Blogger Andrew Shanahan from I am Staggered Andrew is a very busy man but he was kind enough to take the time to write me this great article on how to get your man involved in your wedding.

In case you don’t know Andrew runs the I am Staggerd website which is perfect for all men who are getting married or just about to get engaged, full of LOADS of wedding information just for men……so no pink, no frills, no wedding dresses…….just man talk!! so push your man in the direction if this sight, and see how much he can learn!!

How Can I Get My Bloke Involved In Our Wedding?

If there’s one question that we get at I am staggered more than any other it’s this one. Well, that and what’s this I’ve heard about a bacon tuxedo? As the UK’s leading men’s wedding website (we know we’re leading because we’re the only one) we’re well versed in helping men and weddings to get along.

The first pointer we’d give you is to ask him to get involved. It may sound stupid but a lot of blokes are just worried that they’ll get in the way and express an opinion that you won’t like. Let’s be honest about things – you can be a bit bridezilla-ish about wedding things can’t you?

So speak to him, tell him what you’re hoping to do for the wedding and explain why it’s important to you. For the vast majority of blokes just knowing that it will make you happy will be enough to get him motivated. 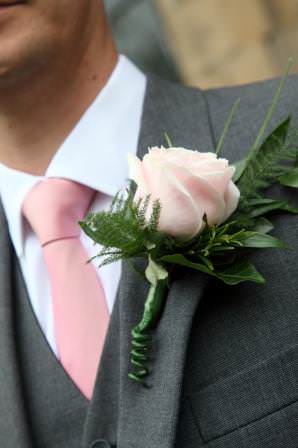 The most vital point in the process is to ask his opinion. Your bloke may be more from the oil-under-the-fingernails end of the man spectrum but he’ll still have an opinion and you may be surprised about how strongly he feels something. After all, he’s gone to the emotional effort of committing himself to you for the rest of his life, maybe he also feels strongly about the way that commitment is expressed on the wedding day.

If he needs prompting then maybe don’t start asking about the frilly stuff like the bouquets but ask what he’d like for the food, the booze, the speeches, the stag and hen-dos, the suits, the music, the entertainment, the honeymoon, the transport and the guest list and you should provoke some kind of response. If not, mention the bill and that should get him thinking. 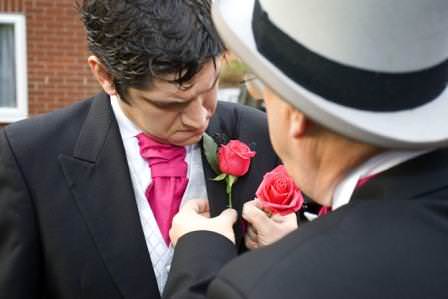 Next up, once he’s on-board, set tasks. I’m not going to do down my gender and say that we’re simple creatures because we’re not (in the same way that you women can think about more than just shopping) but men like clearly-defined tasks and that’s what most of us are happy to take on. Especially if it involves hours of pointlessly Googling stuff. If that Googling can take place on work’s time then we’re extra happy. So tell us clearly what you’re looking for and we’ll go out and find it. It’s much like the hunter-gathering we’re genetically programmed to do but with less spearing mammoths and more clicking on hyperlinks.

Finally, don’t underestimate us or worst of all: ignore us. In this post-Beckham world we live in most men realise that you can have a ten minute conversation about flowers without needing to explain you’re not gay. So ask his opinion and if he responds, listen before you start explaining why you’re not going to dress as Princess Leia with the swirly Danish Pastry hair on your big day – because maybe, just maybe, it’s really important to him… 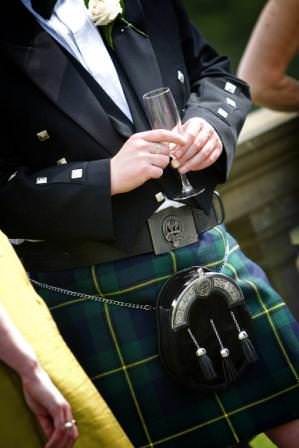 Oh and don’t forget to send him to see his old pal Staggered. We’ve got everything he needs from proposal ideas , stag do ideas , wedding suits for men and even how to crack the dreaded wedding speeches 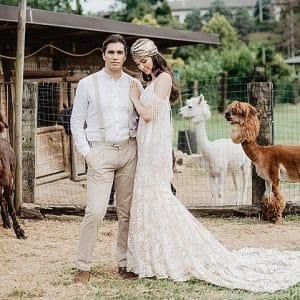 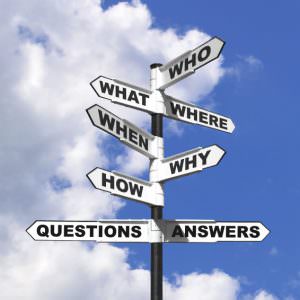 The First steps of Wedding Planning – Your instruction Manual 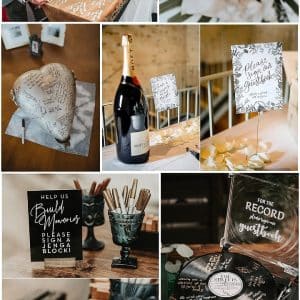 Great guest post! I agree that it’s best to give the groom some defined tasks – mine had a few. He liked helping when he knew what he was supposed to do and it took a few of the worries off my back as well.