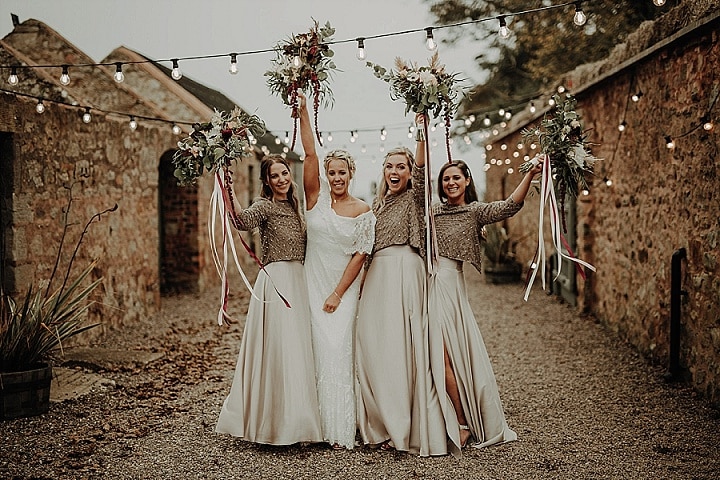 Happy Monday everyone and how are you all? Did you have a good weekend? Many...

Welcome back to Saturday Cinema, this afternoons featured presentation is brought to you by Sara Williams at Marry Me Films. It’s the wedding of Hazel & David Wilson who were married on 30th April 2011 at Abbeystead Church with the reception in a marquee by the reservoir at Abbeystead, in the Lake District.

It’ a gorgeous spring wedding with some amazing weather, a beautiful sunny day and Hazel looks absolutely stunning, what a gorgeous couple they make! I am loving the looks that Hazel gives David in the church, pure love, that is captured so well on wedding films. Also I am loving the yellow bridesmaids dresses, yellow is BIG right now!

The Wedding Film of Hazel & David at Abbeystead from Marry Me Films on Vimeo.

The Wedding Film of Alexis & James from Marry Me Films on Vimeo.

I asked Sara what her favourite part of the wedding was ‘Our favourite part of Hazel & David’s wedding is the story behind the location of their wedding reception. They had originally booked a traditional formal wedding venue, but due to having to compromise what they really wanted, they decided to reconsider. Whilst out walking on Boxing Day at the reservoir in Abbeystead, a favourite spot of Hazel’s family and an area of special meaning to Hazel and David, they realised that it would also be the perfect location for their wedding. Not only did the Church overlook the marquee, but the scene was truly breath taking. So they organised a marquee to be built in the farmers field that Hazel’s dad owned by the reservoir and their entire family and friends pulled together to create their dream wedding. They thought of everything, even having the foresight to plant bulbs along the edge of the field that would be in bloom at exactly the right time for their wedding day!’
What do you think make a good wedding video ‘We think what makes a good wedding film is getting to know the couple, listening to what they what and reflecting their personalities and their wedding day as it unfolds. Most importantly of all, capturing the emotions between them, after all no one but the person performing the service see them and those little looks are priceless!’ 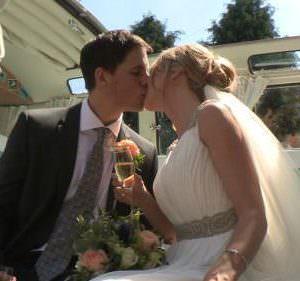 Saturday Cinema: Suzy and Neil's Tipi Wedding with Lucy the VW Camper by Marry me Films 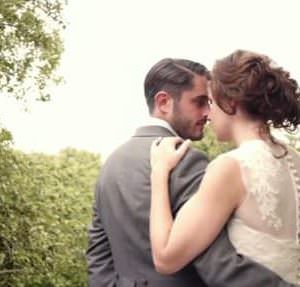 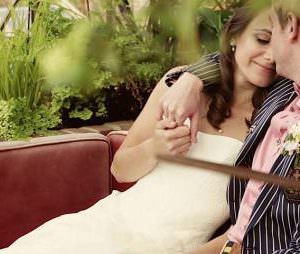 Thank you for featuring our wedding film Boho weddings, what a lovely surprise! We would also like to thank Sara and Tony at Marry Me Films for creating the most cherished thing we own. They are the most fantastic wedding supplier we know. So professional but also so personal getting to know us a couple before our big day ensuring they know all the intimate details of our wedding allowing them to capture each perfect little moment. We will be able to relive each special memory forever in our hearts through our amazing DVD. Thanks again Hazel & David xx

As always Sara and Tony capture each moment magnificently! Their commitment and passion for what they do shines through on each film! Well done! x

Thank you Hazel & David for your wonderful comment, you know how much we loved filming your wedding and appreciate all the fabulous praise ;) You are a fantastic couple and were a joy to work for. Thanks Jeanette for your lovely comment and thanks to Kelly for featuring Hazel & David’s highlights trailer in the first place! Sx